Until 1972, we will ignore the evolution of the skate wheel as it was closer to the Stone Age than to the industrial revolution. Indeed that year, Cadillac Wheels launched the first urethane wheel, thus opening up very wide perspectives (such as carving) and a satisfactory grip on the ground that would make it possible to go skating swimming pools and then skate parks at the end of the 70s.

Until the mid-1980s, “big wheels” (between 60 and 70mm) were favored by skaters because traction and control were at that time two very popular elements. Subsequently, the practice of skate having largely turned to the street, the wheels will take ridiculously small diameters (up to 36 mm !!), and this for ten years. In the jargon of the time, we called them “rolling hoods”. After having known the extremes, the diameter will be standardized thereafter around 54mm. Today, the wheel continues to evolve by seeking new chemical formulas in order to obtain the perfect wheel: a wheel that would have grip while slipping well, which would be fast while keeping a small diameter to remain light, which would not make a "flat" and would not become square after a few well pressed blunts.

The hardness of a wheel is expressed in shore, whose symbol is an "A". The current standard is 99A, and the vast majority of brands use this hardness without even specifying it. The "softer" wheels have hardnesses that range from 78A to 80A. We use these wheels for cruizers and filming. Conversely, higher hardnesses are generally 101A, and are perfect for smooth and slide surfaces.

Today, virtually all skateboard brands offer wheels with their name. These are a kind of accessory that complements their product line. It is difficult to know who actually makes these products and the quality can be very uneven from series to series.

The choice of your wheels is therefore essential and must be based on your practice, even if a nice graphic is always pleasant, know that it will disappear after a few weeks of riding. 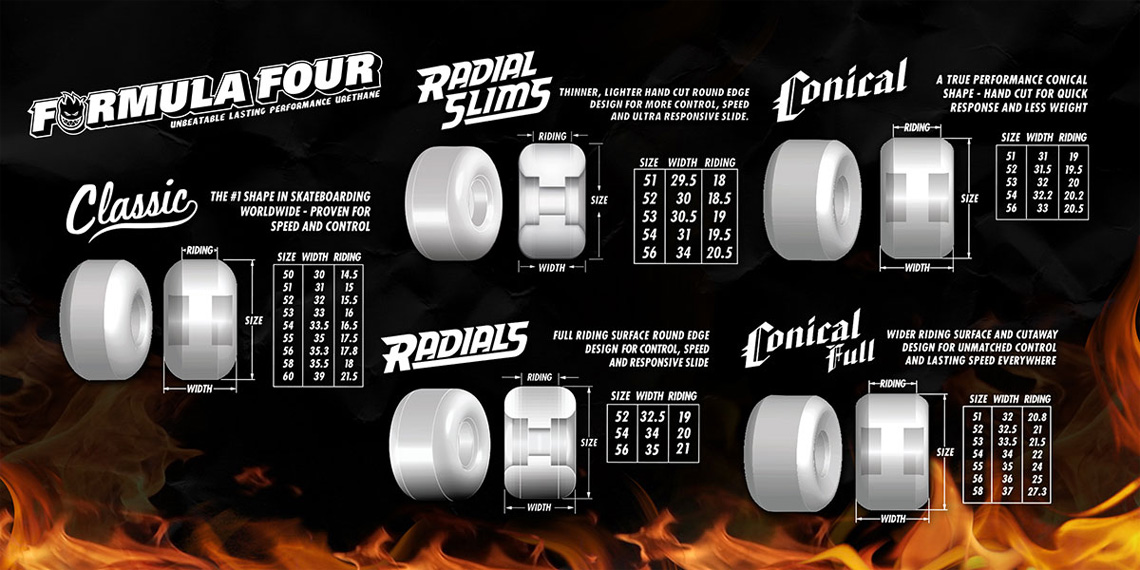 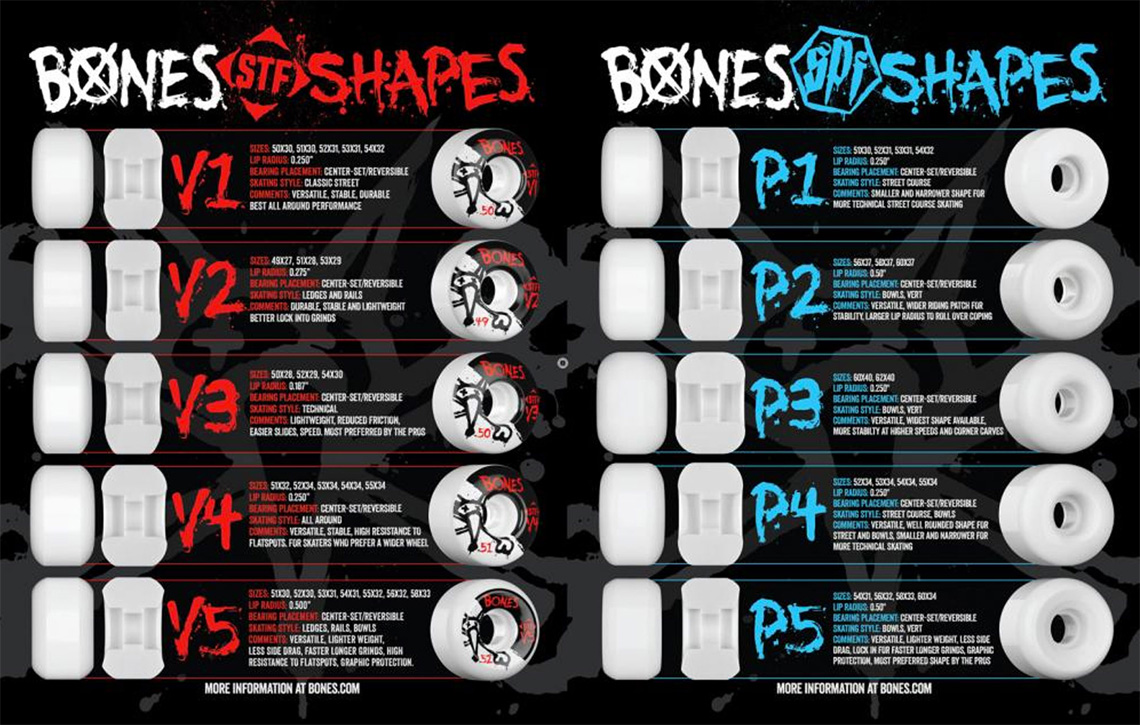