In 1991, Steve Rocco, founder of World Industries, approached Natas Kaupas to offer him to create his own brand.

Natas then left SMA to devote himself to 1O1.

1O1 Skateboards would quickly become one of the most recognized brands in the market where Natas had every freedom to express himself graphically. 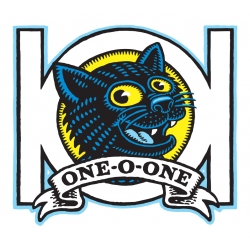